We had tent camped at Mather Campground, inside the Grand Canyon NP for a few days.  We had taken in most of the South Rim sights during the peak people season of Memorial Day Weekend week.

After dealing with way too many people,  crowded National Park busing,  and everything generally a little crazy, we opted for a more relaxed drive back home.

This lead us to a section of old Rt 66 heading west from Seligman, Arizona.   Getting on the two lane seemed relaxing compared to the last few days at the Grand Canyon.

In 2017 we had camped at the Grand Canyon Caverns campgrounds.  We enjoyed dinner in their restaurant along with a few ice cold adult beverages before retiring early to our tent.  Anticipating an early morning wake up to get to the trail head. 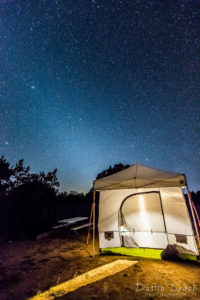 During our 2017 stay we didn’t have the luxury of time to explore  or take a tour of the caverns.  We had played with the idea of hitting the campground again.

So back to May of 2018 we were once again tempted to check out the caverns.  About mid day we pulled off old Rt 66 and followed the paved road back to the Cavern area.  Parking in the lot of the Restaurant/Cavern Tour Entrance.  We walked into the restaurant ready to order lunch.

We were greeted by friendly staff, handed menu’s, and a sheet with tour pricing.  Some of the tours included lunch as a packaged deal.  The best part….lunch was served down in the cavern if you took the combo.  We did!  It was very reasonably priced and one of the ‘coolest’ experiences I have had.  “Coolest” in more ways than one.  Be sure to wear your sweater or light jacket.  On a hot day it is welcomed relief…..for awhile.  Then a chill can set in.

Lunch was laid back.  We could order most anything off the menu.  The deal included 2 beverages and desert.   We road the elevator down the 200ft or so and was seated in a small area with several tables.  Our party of 5 were the only ones having their meal down there.  The server was great.  We weren’t rushed.  All while looking over a large portion of the cavern all lit up, walkways below and an occasional tour off in the distance.   We remarked numerous time how totally quiet it was down there. 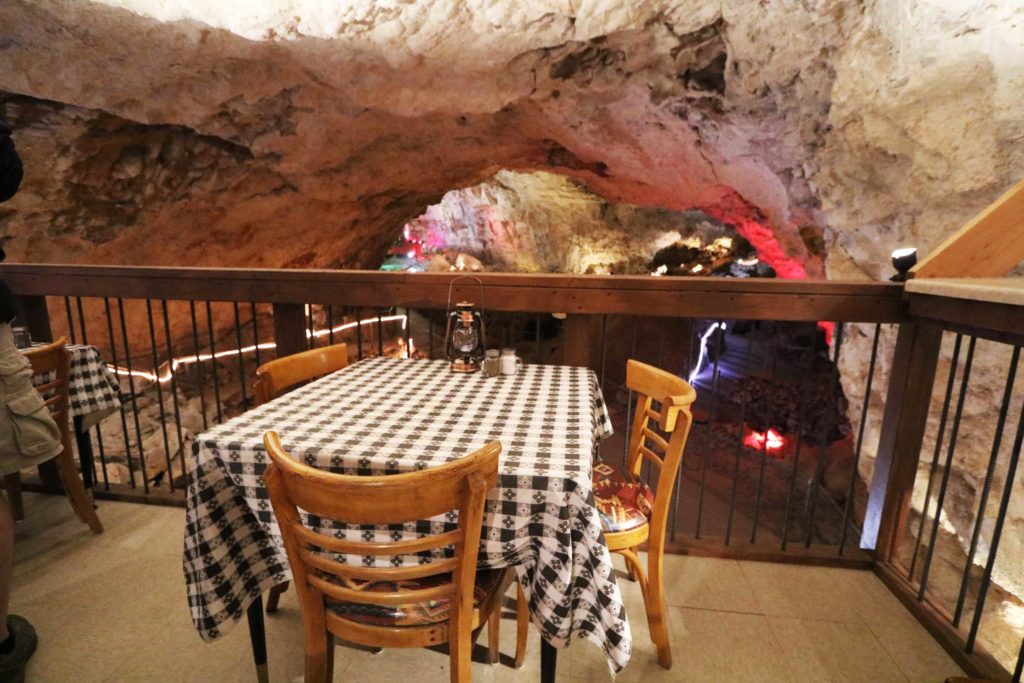 After our meal we were met by our tour guide.  For the next 45 minutes we were led through several large cavern chambers, walking concrete paths, and enjoying the cavern.  The tour guide was very knowledgeable and engaged the entire group the whole time.

While this cavern is “Dry” and you won’t see dripping water, stalagmites, and stalactites.  You will see some enormous chambers, and some very interesting subject matter.  I won’t ruin it, by telling all, for those that have never been.  The cavern chambers are lit up with lights that really emphasizes some of its beauty just do to size. 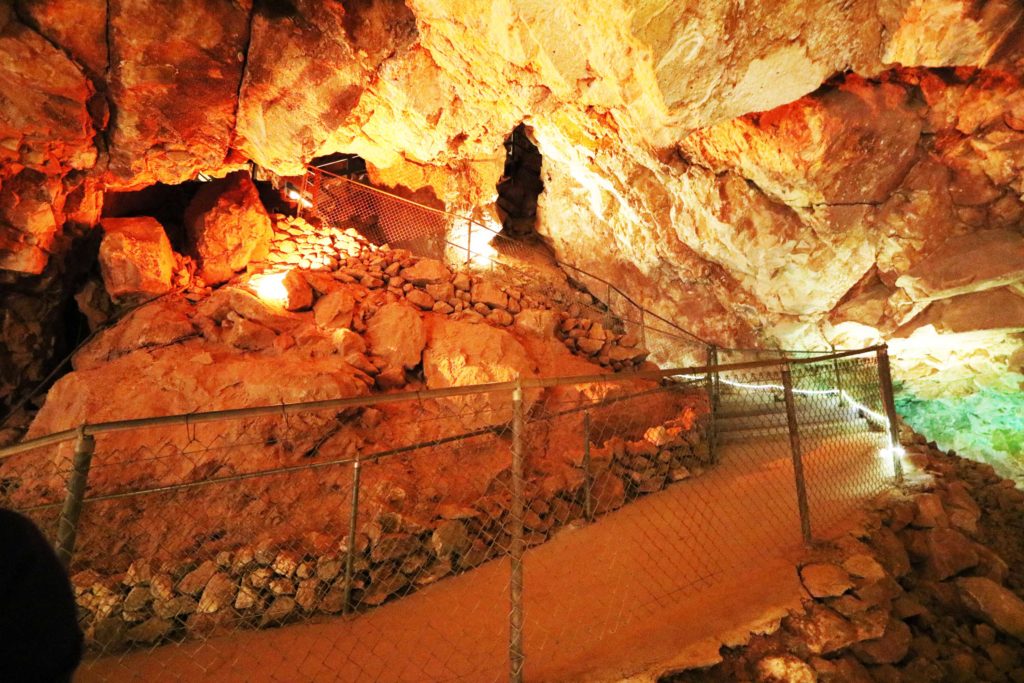 I recommend doing the lunch/tour combo, and eating down in the cave.  The whole thing is a must do!  Whether you camp there or not, work this in your schedule.   I plan to return for at least a day trip.

Other sights on this section of Old RT 66 are Seligman, Arizona and Hackberry, Arizona.